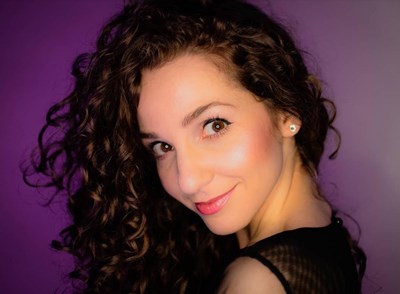 On 26 February, Friday, at 19 h, the admirers of operatic art will be conquered by the highly positive atmosphere of the production “La Cenerentola, ossia La bontà in trionfo” at the Sofia Opera. Stage director of the opera is Vera Petrova. This opera has always been performed with full halls.

“La Cenerentola” is an operatic drama giocoso in two acts by Giacomo Rossini. The libretto was written by Jacopo Ferretti and was borrowed from Charles Perrault’s fairy tale of the same name.

The first performance of the opera was on 25 January 1817, at Teatro Valle in Rome. Rossini was 25-years old, when he wrote “La Cenerentola”, but he already had after him a series of opera pearls like “Il barbiere di Siviglia”, “Tancredi”, “L’italiana in Algeri” and others. The opera “La Cenerentola” is considered for one of the most exquisite scores for vocal and ensemble. The overture to the opera “La Cenerentola” is often performed in concert programmes. Almost during the entire 19. century its popularity rivalled that of “Il barbiere di Siviglia”.

The upcoming spectacle of the opera “La Cenerentola” on the stage of the Sofia Opera and Ballet conquers with a new story and elegant setting. Guest soloist in the spectacle is the young mezzo-soprano Svetlina Stoyanova, who will perform the role of Cinderella. Debut in the spectacle makes also Stefan Vladimirov, who will interpret the character of Alidoro, Prince Ramiro’s tutor.

Svetlina Stoyanova won the first place at the Neue Stimmen Competition in Gütersloh, Germany, in 2017. The prestigious competition, founded to the concept of Herbert von Karajan by the German media group Bertelsmann, selects hundreds of young talents from all over the world and serves as a trampoline in the opera world.

On 4 February this year, Stoyanova made her debut at the Bolshoi Theatre with the role of Rosina in “Il barbiere di Siviglia”. “I am feeling myself so incredibly lucky to be here and be able to do what I love so much!” – wrote Svetlina in her page in Facebook.

The spectators of “La Cenerentola” on 26 February will have the chance to enjoy the talent of the mezzo-soprano, her exquisite acting and charming emanation.

Stefan Vladimirov will appear in the role of Alidoro, Prince Ramiro’s tutor. Vladimirov studies in New York at the Julliard School Opera singing and Saxophone at the Mannes College of Music. In 2001, he graduated from the Pancho Vladigerov Academy of Music with Opera singing.

He improved his vocal mastery with Maya Popova and in the master class of Ghena Dimitrova /2001/. He has taken part in many concerts together with the great singer in Bulgaria, Vienna, Prague and Budapest /2002/.

Stefan Vladimirov appeared on numerous international music festivals. Since 2005, he has taken part in the spectacles of the Sofia Opera “Nabucco”, “Die Zauberflöte” and “Un ballo in maschera”. In his repertoire the singer has the central roles from operas by Verdi /“Nabucco”, “Aida”, “Macbeth”, “Un ballo in maschera” and Requiem/, as well as by Rossini /“Il barbiere di Siviglia”/, Bellini /“Norma”/, Puccini /“La Bohème” and “Tosca”/ and Tchaikovsky /“Eugene Onegin”/.

He is winner of the First prize from the Hristo Brambarov National Competition.