“Art is a loaded weapon of the future” 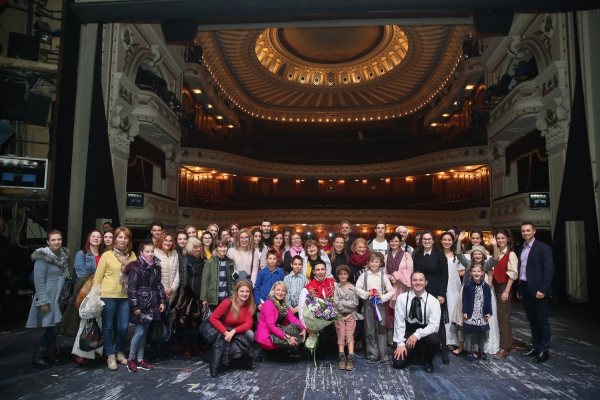 The spectacles of “Les Misérables” confirm this thought of Picasso.

The wild applauses of the overfilled hall of the Sofia Opera and Ballet also at this spectacle in succession of the title, which holds the stage more than a month already, long time filled in the hall, and the roused audience didn’t want to part with the experience.

Tonight, special guests were the children, who came from Teteven. They were happy to congratulate on the stage their fellow-citizen Kalin Dushkov in the role of the revolutionary Enjolras, to share their emotions, which remain in their hearts as an unforgettable memory.

A memory which will mean something more – a possible inspiration for a choice of theirs in their young life.

View the embedded image gallery online at:
https://www.operasofia.bg/en/news-and-events/item/8361-art-is-a-loaded-weapon-of-the-future#sigProGalleriac13ddc4289
Pictures by: Светослав Николов
More in this category: « “The Queen of Spades” with a premiere at the Sofia Opera on 31 January – Newspaper 24 chasa Yulia Krasteva: When art passes through human’s soul, it moves it – the Bulgarian National Radio »
back to top