Matthew Scott Rogers will conduct “Madama Butterfly” at the Sofia Opera and Ballet (10 May, at 19:00 h) 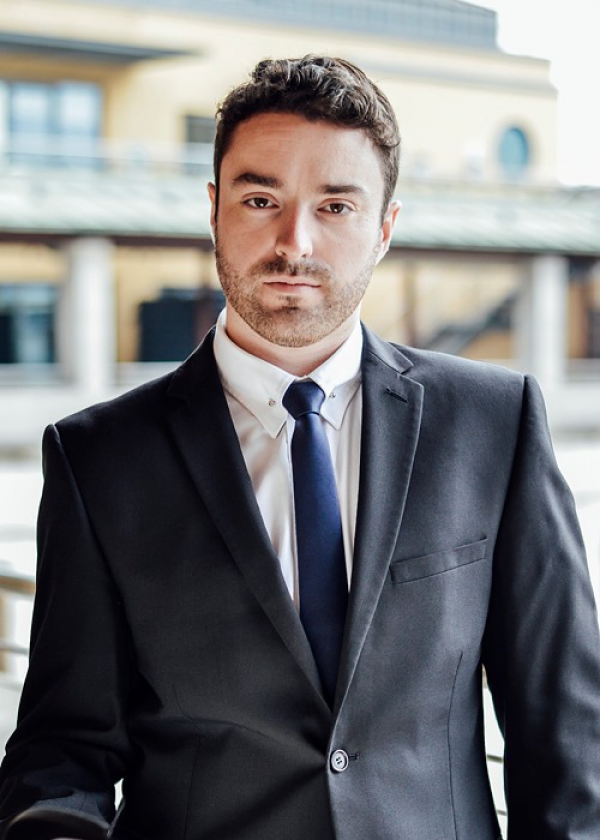 The British conductor Matthew Scott Rogers will conduct the opera “Madama Butterfly” by Giacomo Puccini on10 May, at 19:00 h, at the Sofia Opera and Ballet. The conductor has been working already four seasons on the conducting staff of the Royal Opera House, Covent Garden.

Some of his most important appearances in season 2018/19 include his debut at the Southbank Centre conducting Boito’s “Mefistofele”, “Madama Butterfly” at the Sofia National Opera, Mozart’s “Cosi fan tutte” with the Covent Garden Chamber Orchestra and the Royal Academy of Music. Аs assistant conductor he works for companies such as Les Théâtres de la Ville de Luxembourg.

Rogers came to international attention in July 2015 when he made his Lincoln Center debut conducting the New York City Ballet Orchestra at the David H Koch theatre. As Chorus Master he has worked extensively for the Croatian National Opera houses, for the Dubrovnik Summer Festival and Winslow Hall Opera in the UK.

Rogers pays more and more attention to his desire to compose. As an editor he completed the new versions of the ballets “Giselle” and “Swan Lake” for the Royal Opera House.

He is a passionate advocate of music education, having collaborated with Newham Music on their large-scale project, the Newham Philharmonic. He works regularly with the Learning and Participation department at the Royal Opera House, leading conducting masterclasses and judging composition competitions.

Unrequited feelings, because of differences in the values, or an ordinary discrepancy in life? What happens in the opera’s plot? An American Navy officer (Pinkerton) marries a young Japanese girl (Cio-Cio-san). But while she sees herein a serious engagement of life, Pinkerton is not looking something more than an ordinary fleeting pleasure.
What are the characters – victims of circumstances, sports of the impartial destiny, or just figures in the matters of life?

Puccini discovered the plot for his sixth opera during his sojourn in London. There he saw David Belasco’s one-act tragedy. He began composing in 1901, but he was often forced to stop. For the writing of the opera, he made consultations with the well-known Japanese actress Sada Yokko, as well as with the wife of the Japanese ambassador.

The premiere of the opera was at La Scala in Milan on 17 May 1904. Puccini revised the opera, and on 28 May same year he presented it again. This time at Teatro Grande in Brescia with enormous success.

This is the triumph of the young Japanese. In 1905, the opera was performed at Covent Garden in London, and the next year at Opéra Comique in Paris.
“Madama Butterfly” is an opera which conquered the hearts of the spectators all over the world.

On 10 May, the audience of the Sofia Opera will have the chance to witness the heart-breaking story of Cio-Cio-san, abandoned by her American husband, who comes back several years later with his new wife to take their son with him.

Tweet
More in this category: « Zonta International Club of Saint Sofia is celebrating its Anniversary at the “Mecca” of operatic art in the capital city “ZORBA THE GREEK” again on the stage of the Sofia Opera and Ballet »
back to top