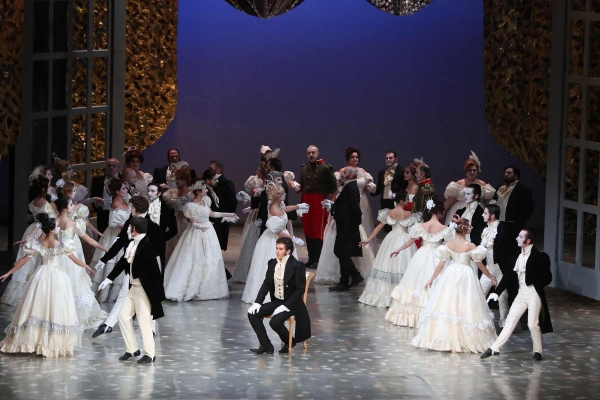 The story of the unhappy love affair between Tatyana and Eugene Onegin will come to life on 5 May at 19 h on the stage of the Sofia Opera and Ballet with the spectacle “Eugene Onegin”. Tchaikovsky’s and Pushkin’s masterpiece was welcomed by the audience and the music critique with greatest admiration. Because of the strong interest in Russian classic, the spectacle is again on the theatre’s playbill. This is a unique work of art, born out of the meeting between two geniuses. The production is the work of the well-known stage director Vera Petrova, Artistic Director of the Sofia Opera and Ballet. 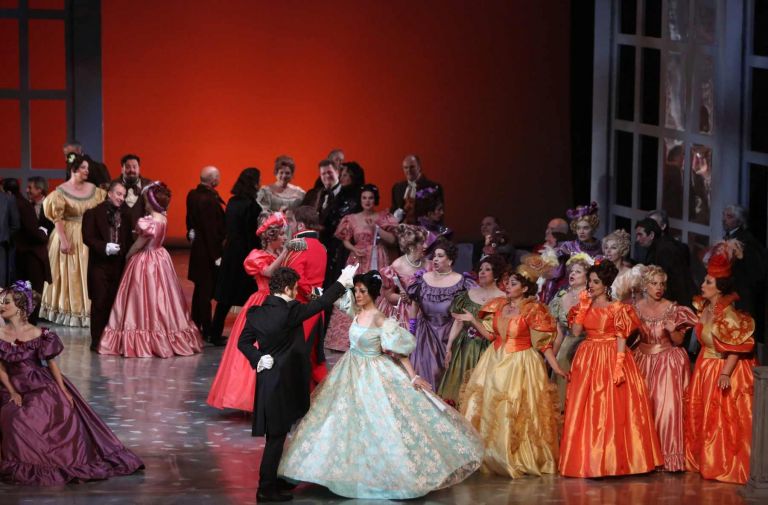 This time in the role of Tatyana will appear the young soprano Stephani Krasteva, and in the role of Olga guest-performer will be the mezzo-soprano Violeta Radomirska, who workс in Zurich. 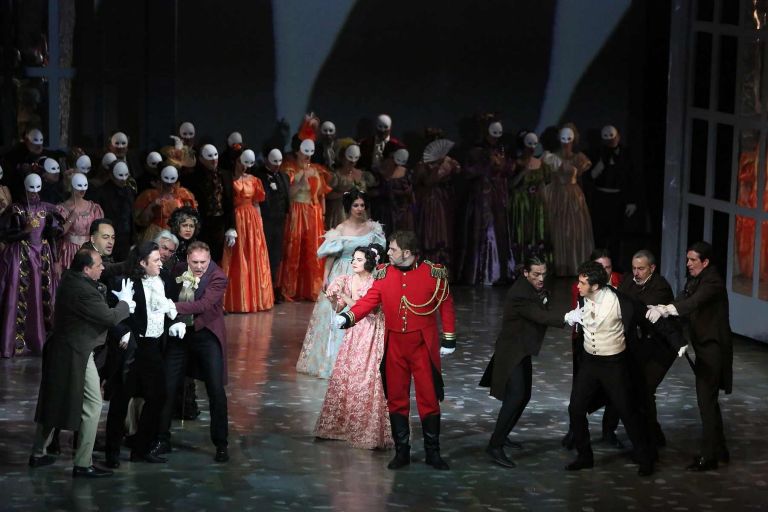 The soprano Stephani Krasteva is 24-years old. She was born in Varna. She graduated from the Dobri Hristov National School of Arts in Varna with Classical singing. In 2017, she was awarded a master degree at the Vocal faculty of the National Academy of Music in the Classical singing class of Assoc. Prof. Ivanka Ninova and in the Acting class of Acad. Plamen Kartaloff. She took part in the opera “Bastien und Bastienne” by W.A. Mozart in the role of Bastienne, “Suor Angelica” by G. Puccini in the role of Dolcina, as well as in C. Cui’s children’s operas “Little Red Riding Hood” in the role of Little Red Riding Hood and “Puss in Boots” in the role of the Princess.

In 2016, she took part at the March Days Festival in Ruse in Lazar Nikolaev’s composition “Metamorphoses” with conductor Dragomir Yosifov.

She has taken part in a series of concerts with the Varna Philharmonic, Simphonieta Sofia, Vratsa Philharmonics. She has participated in spectacles of the Sofia Opera and Ballet. In November 2017, she debuted on the stage of the Ruse Opera in the role of Gilda from “Rigoletto” with conductor Georgi Dimitrov.

She took part in the master classes with Kaludi Kaludov, Stefka Evstatieva, Luciana D`Intino and Anette Goeres. In Autumn 2017, she was among the participants in the master class of the world-known soprano Krassimira Stoyanova, who was a part of the Apollonia Festival in Nesebar. In November 2018, she won the scholarship “With Efforts Towards the Stars” awarded by the Cultural Perspectives Foundation. Her mentor is Krassimira Stoyanova.

The mezzo-soprano Violeta Radomirska was born in Sofia. Still as a child, she was performing solo parts for the Children’s Choir of the Bulgarian National Radio. In 1995, she began her education at the Academy of Music, where she studied Singing with Alexandrina Miltcheva. Two years later, she performed on the stage of the Sofia Opera her first significant role in “Il barbiere di Siviglia”.

Since 1999, she has been living and working in Switzerland (Zurich).

Tweet
More in this category: « “ZORBA THE GREEK” again on the stage of the Sofia Opera and Ballet Record-breaking number of visitors at the Sofia Opera during the long holidays »
back to top