The phenomenon “Mamma Mia!” – The megahit with ABBA’s music returns for a two-month summer tour in Bulgaria - impressio.dir.bg 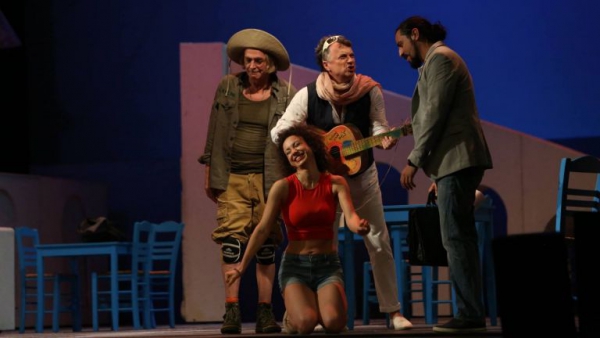 Less than a year ago, our leading opera theatre in Bulgaria began something revolutionary. After its proved success of many years with opera and ballet masterpieces, appreciated long since not only by our national audience, but also in Russia, Japan, Poland, Germany, Italy, Greece, etc., the company managed by Acad. Plamen Kartaloff took the course of the world musical. 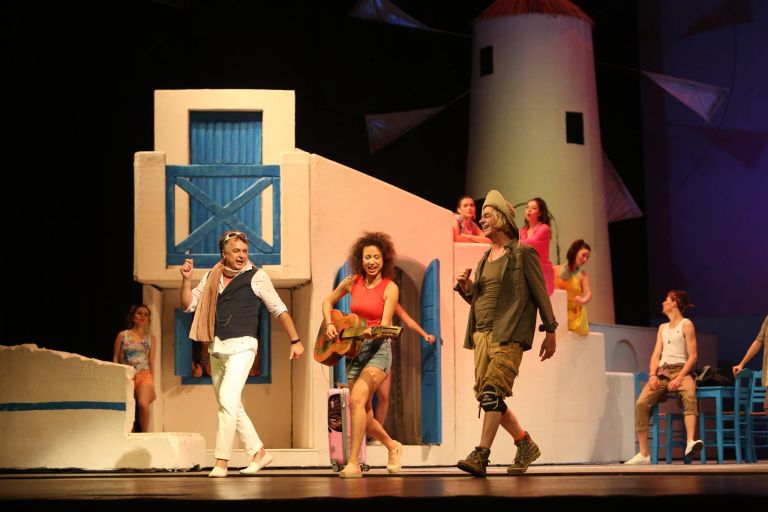 Vesela Delcheva as Sophie in “Mamma Mia!” at the Sofia Opera (Photo: Sofia Opera and Ballet)

With the premiere of the megahit “Mamma Mia!” during last summer, Sofia did literally explode. In the respecting building of the Sofia Opera and Ballet at Vrabcha Str. were held epical battles for the so desired by everybody tickets, which were getting sold out before the eyes of the long queue. At the spectacles appeared a new fresh and young audience, which had not entered the building till this moment. 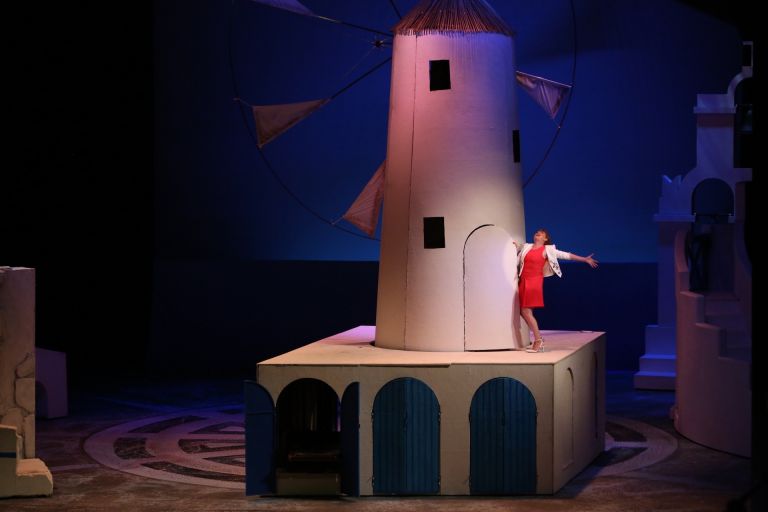 The euphoria reached its peak at the third summer festival in Belogradchik “Opera of the Peaks”, where, besides people from the region and art tourists, appeared hundreds of fans from our neighbour countries and from all over Europe. A whole week in the small town were sounding ABBA’s hits and everyone wanted to get in touch and take a photo with the stars Vesela Delcheva, Denitsa Shopova, Lucy Kozareva, Niki Sotirov, Vladi Mihaylov, Orlin Goranov, Simeon Vladev and many others, part of the elite spectacle. 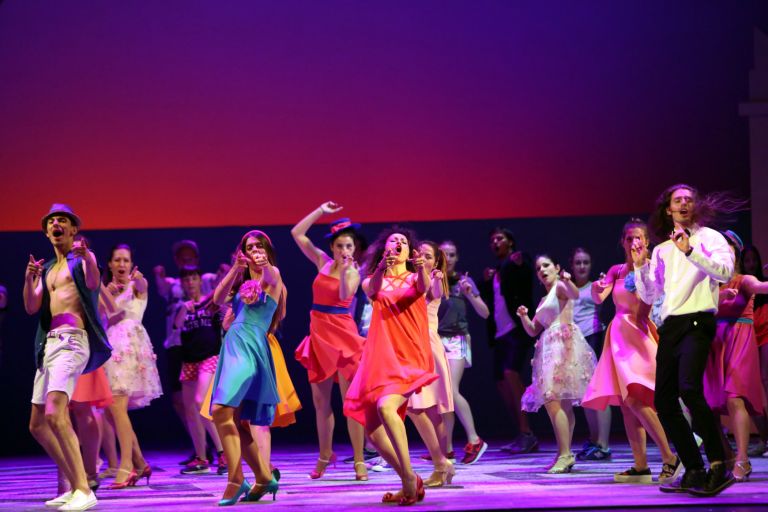 This year “Mamma Mia!” will return with full force and it will make a two-month summer tour in the country. Belogradchik, Albena, Varna, Plovdiv and of course Sofia will be illuminated by the story of the young Sophie, who is looking for the truth about her father on the day of her wedding on a small Greek island. 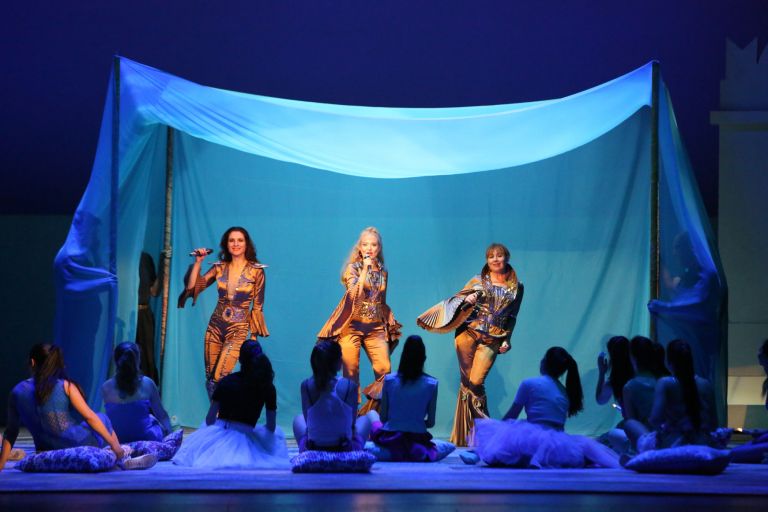 And for the most impatient there will be preliminary four bonus performances on 30 April, 1 and 2 May at 19:00 h and on 1 May at 11:00 h on the stage of the Sofia Opera and Ballet. The new is that specially for this spectacle the Opera has bought the most modern audio equipment and the songs of the Swedish band, performed by our incredible artists, will sound like on the best world stages! 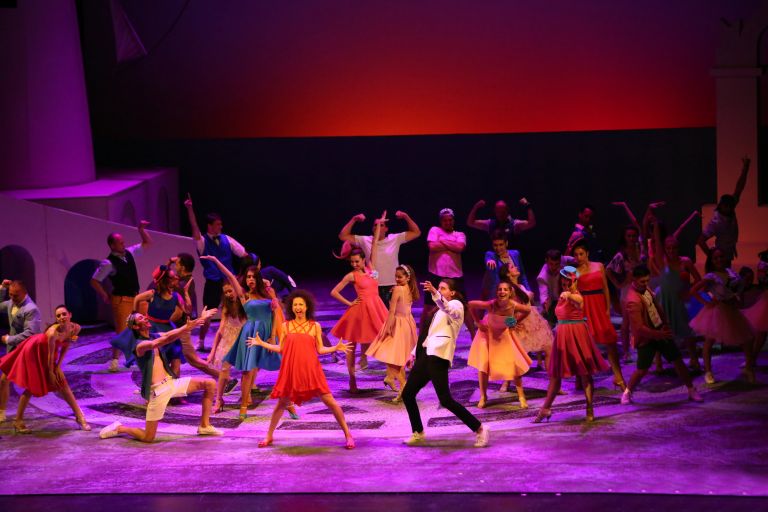 The director of the Opera, the stage director Plamen Kartaloff, promised to the Bulgarian audience that this change will continue also in the next years with new shaking titles from Broadway and West End. After “Mamma Mia!” and “The Phantom of the Opera” (on the stage of the Music Theatre), the Maestro prepares a new premiere and still in autumn 2019 he would like to delight the most-pretentious audience of the genre. On the stage of the Sofia Opera and Ballet will explode the brightest masterpiece of musical culture “Les Misérables” by Alain Boublil (verses) and Claude-Michel Schönberg (music).

The phenomenon “Mamma Mia!” created a new audience of many thousands, which understood that it is already not necessary to fly to London and New York, in order to watch a conquering musical.

This is already a fact at the small Sofia Vrabcha Street, in the building of the strongest and most active art institution in Bulgaria – the Sofia Opera and Ballet! The tickets are already in sale at the Ticket Box and at the Opera’s web site

Tweet
More in this category: « Record-breaking number of visitors at the Sofia Opera during the long holidays Statement of Acad. Prof. Plamen Kartaloff, Director of the Sofia Opera and Ballet, at the 6th annual meeting of the National Board of Tourism, 23 April 2019 at the Hilton hotel, Sofia »
back to top