MARIA GULEGHINA COMES BACK AS AMELIA AT THE SOFIA OPERA ON 29 MAY - Ivan Varbanov, The News BG Reporter 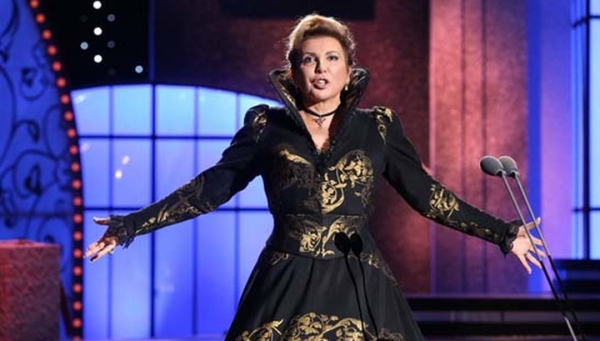 After her delightful appearance on the stage of the Sofia Opera and Ballet at the end of January as Kundry in Wagner’s “Parsifal”, the top soprano, who is triumphing on all world opera stages and won the title “Queen of Verdi” – Maria Guleghina, will present herself as Amelia in the opera “Un ballo in maschera”.

Guleghina has been guest-performer with brilliant artistic incarnations in all big roles of the Italian composer on the most prestigious international stages. She is the only Russian singer to have performed more than 160 spectacles at the Metropolitan Opera and appeared in the lead roles of 17 opera titles on the stage of La Scala. The big talks of the critique vary from “the Russian soprano with Verdi’s music in her blood” to “a vocal wonder”.

In the eve of her Sofia debut, at the invitation of Acad. Plamen Kartaloff, Maria Guleghina emphasized that she has sung at almost all big opera theatres in the world, and the first guest-performance she dedicated with reverence and respect of the memory of the great voices of Bulgaria – Ghena Dimitrova and Nicolai Ghiaurov, with who she has not only worked together, they were not only her friends, but she felt them like her parents too.

Maria Guleghina sang for the first time the role of Amelia in 1987, on the stage of La Scala in Milan with Luciano Pavarotti. She admits that Verdi is her favourite composer. Something more – she says that Verdi is in her blood. The critique defines her today as one of the most exceptional and influencing dramatic sopranos in the world, who are on stage. I would add to this evaluation: an exceptional artist, with enormous impact – because of the powerful emission of the voice, her ability to incarnate herself in the role, and the most important – to reproduce her characters realistically and on many layers.

Tweet
More in this category: « “Musician of the Year” for 2018 – Gabriela Georgieva MARIA GULEGHINA’S FIRST PERFORMANCE OF “UN BALLO IN MASCHERA” WAS WITH LUCIANO PAVAROTTI AT LA SCALA »
back to top