The mezzo-soprano Diletta Scandiuzzi – winner at the Tiramisù World Cup 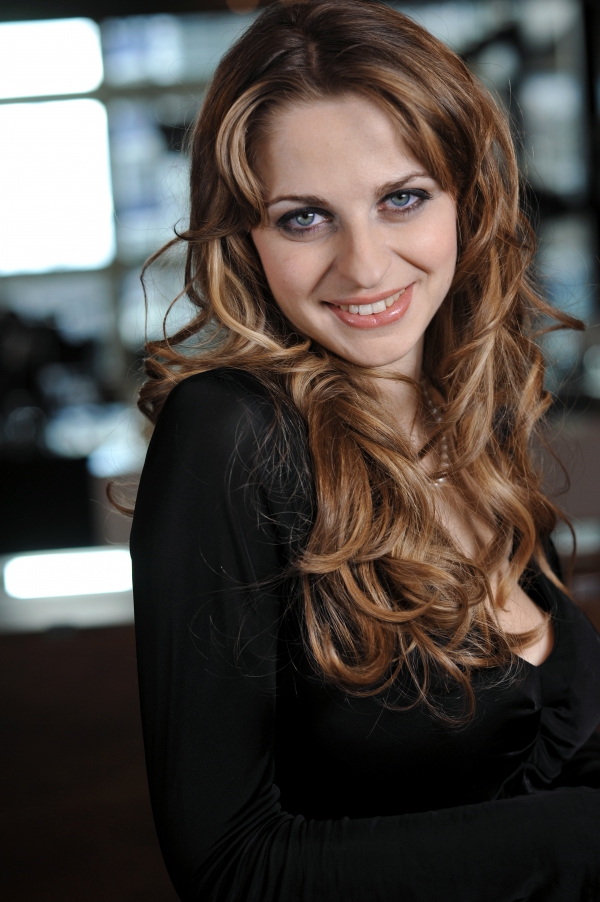 Four months ago, the mezzo-soprano Diletta Scandiuzzi, who will perform on 10 March at the Sofia Opera the role of la Cenerentola in Rossini’s opera of the same name, took the first place at the Tiramisù World Cup, held in the Chamber of Commerce in Treviso, Italy, from 1 to 4 November 2018. At the final Scandiuzzi exclaimed: “Thank you for the first place for my original recipe. Making tiramisu is like living in a dream. It’s a hobby which brought me here, only the fact that I reached the final competition was a victory for me”. After that Diletta began crying from tension. At the competition second place for “creative recipe” won Francesca Piovesana, 44-years-old physiotherapist from Casier, who added ginger to the traditional tiramisù. Both participants, from a total of 60 competitors at the competition for making of the well-known dessert, thanked their families, which always supported them in their undertakings.

Diletta Scandiuzzi was born in Vicenza in a family of musicians. Her father, Roberto Scandiuzzi, is also an opera singer. She studied both piano and singing. She is carrying on her vocal studies under the guidance of Anna Maria Bicciato, with whom she has been studying since a very young age. She has also graduated in foreign languages and in theatrical performance at the University “Cà Foscari” in Venice.

In 2007 she made her operatic debut in La sonnambula at Festival de Cantabria in Santander, staged by Hugo De Ana and broadcasted by national Spanish television.

In 2014 she sang in Parsifal, the opening of the season of Teatro Comunale di Bologna, under the baton of Roberto Abbado and directed by Romeo Castellucci.

Diletta Scandiuzzi took part in some operatic and chamber recitals in Turin with the Orchestra of Teatro Regio, in Toulouse, in Venice and at Musashino Cultural Foundation in Tokyo.

Among her latest performances are the successful debuts as Romeo in “I Capuleti e i Montecchi”, a concert at Roy Thomson Hall in Toronto, Adalgisa in “Norma”, Fenena in “Nabucco”, Cenerentola at the National Opera of Sofia, etc.

The young mezzo-soprano doesn’t sing for the first time at the Sofia Opera and Ballet. She was guest-performer in the operas “Nabucco” and “Norma”. Diletta likes Rossini’s music and especially the role of La Cenerentola. What the audience of the Sofia “La Cenerentola” doesn’t know is that for 40 seconds the main character changes her clothes before her final beautiful aria. In this production of the stage director Vera Petrova are missing the magical transformations – everything happens at the edge between the serious and the comical – where obvious, where half-hidden, where only with a slight wink. Vera Petrova’s elegant directing evokes smiles and good mood even there, where according to the libretto we should feel a little bit sad. “I like very much exactly this interpretation, at which my character is active, merry, cheerful. A know also versions, in which Cinderella is an embodiment of pain, but I prefer this version”, shared the stage director Vera Petrova.

Besides Diletta Scandiuzzi, in “La Cenerentola” on 10 March guest will be also Evgeniy Stanimirov.