The Director of the Sofia Opera and Ballet Acad. Plamen Kartaloff was part of the prestigious jury of the Competizione dell’opera International Singing Competition, which this year was held at the Bolshoi Theatre in Moscow, learned Lupa.bg. This is one of the biggest vocal competitions in the world and the only one, in which the participants perform only Italian opera repertoire in its entire variety – from ancient music to the music of the ХХ century.

The competition had its beginning in 1996, when Prof. Hermann Rauhe, who at that time was President of the Hamburg University of Music and Drama, organized the I Cestelli Opera Competition. Director of the competition became the opera stage director Hans-Joachim Frey. Since 2001, the event has been held in Dresden, and the first country, outside of Germany, which became host of the competition, was Russia. It was held at the Bolshoi Theatre for a third time already. 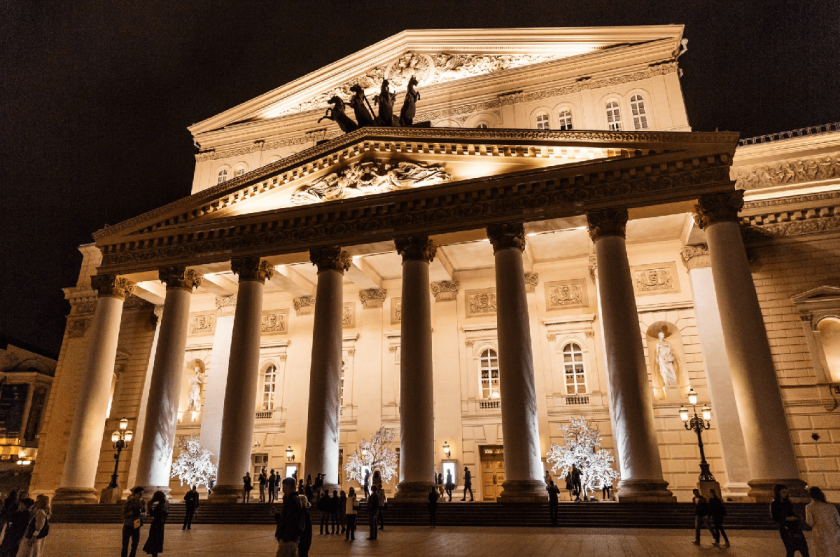 In its consecutive edition this year, took part young opera singers from all over the world, and the finale of the competition was on 6 February on the new stage of the Bolshoi Theatre.

In the competent jury, besides Maestro Plamen Kartaloff, were the Chief conductor and Music director of the Bolshoi Theatre Tugan Sokhiev, the Rector of the Baku Academy of Music – Farhad Badalbeyli, the opera singers Günther Groissböck, Makvala Kasrashvili, Marina Mescheriakova, Kurt Rydl, the theatrologist Alexander Gusev, the conductors Anton Lubchenko and José Antonio Méndez Padrón, the General director of Grand Théâtre de Bordeaux Emmanuel Hondré and other eminent specialists from the whole world.

The invitation to Acad. Kartaloff to be part of the jury of the international vocal competition in Moscow is a token of respect for him as an eminent opera stage director and manager on behalf of the opera guild in Russia and Germany. As it is known, the Director of the Sofia Opera has gathered an experience of many years in the realization of one of the most impressive titles in the world opera classic: Wagner’s tetralogy “Der Ring des Nibelungen” – “Das Rheingold”, “Die Walküre”, “Siegfried” and “Götterdämmerung”, followed by “Tristan und Isolde” and “Parsifal”, with which he was guest-performer of the hard to please audience in both countries. The Bulgarian stage director is well-known to the admirers of classics in Germany and Russia, as well as to the local music guild. 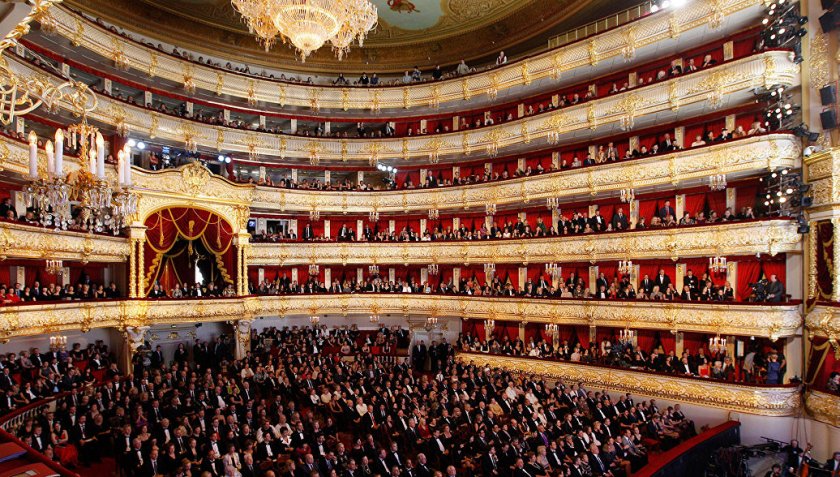 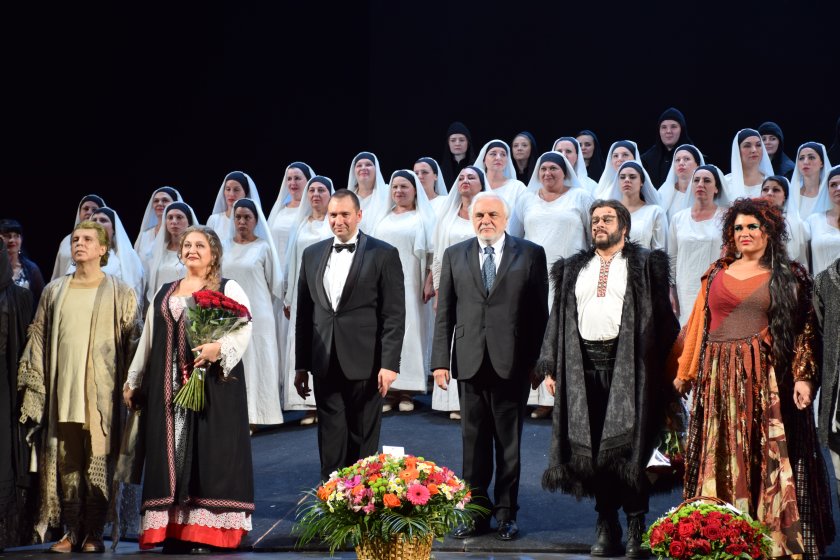 The historical stage of the Bolshoi Theatre, where Sofia Opera was guest-performer several years ago

So for example in 2018 the Bulgarian “Der Ring des Nibelungen” was presented on one of the most prestigious stages in the world – the historical stage of the Bolshoi Theatre in Moscow with great success. The spectacle provoked a furore and the audience applauded for a long time the Bulgarian soloists, the orchestra, the chorus and the stage director for the talented realization of Wagner’s work. The interest in the guest-performance was due also because of the absence of Wagner’s title at the Moscow opera theatres and this is why Maestro Kartaloff’s interpretation aroused the curiosity of the Russian opera specialists. 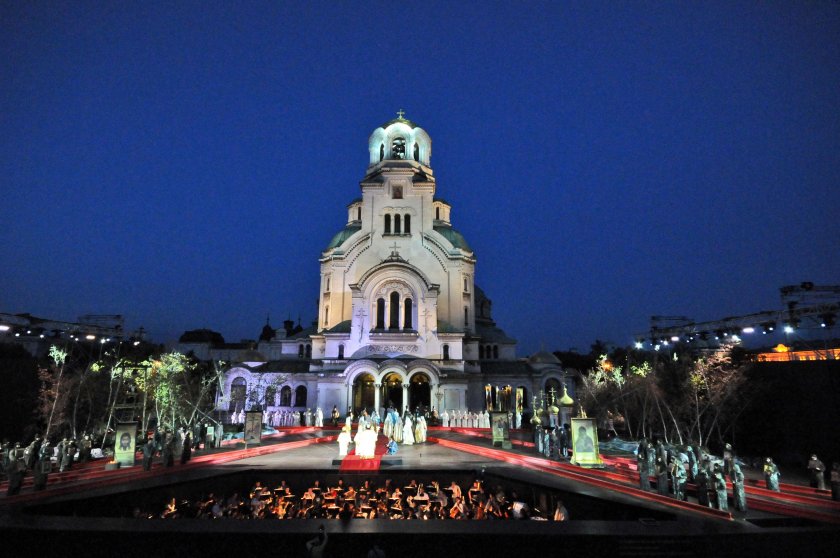 Then the Director of the Bolshoi Theatre Vladimir Urin complained that the Moscow opera theatre, which is actually one of the richest in the world, doesn’t have the possibility to realize such a grandiose project like “Der Ring des Nibelungen” and congratulated Plamen Kartaloff for the energy to stage Wagner’s opera masterpiece in Bulgaria.

At the Bolshoi Theatre Acad. Kartaloff presented also the Bulgarian opera “Yana’s Nine Brothers” by Lyubomir Pipkov, which evoked furore among the Moscow audience too. This happened also thanks to the signed contract between the Director of the Sofia Opera and Ballet Acad. Plamen Kartaloff and the Honoured Art Worker of Russia and Director of the Bolshoi Theatre Vladimir Urin.

The guest-performances of the Sofia Opera in Moscow in 2018 were really a great event, because the last guest-performance of Bulgarian opera artists at the Bolshoi Theatre was in the distant 1981. 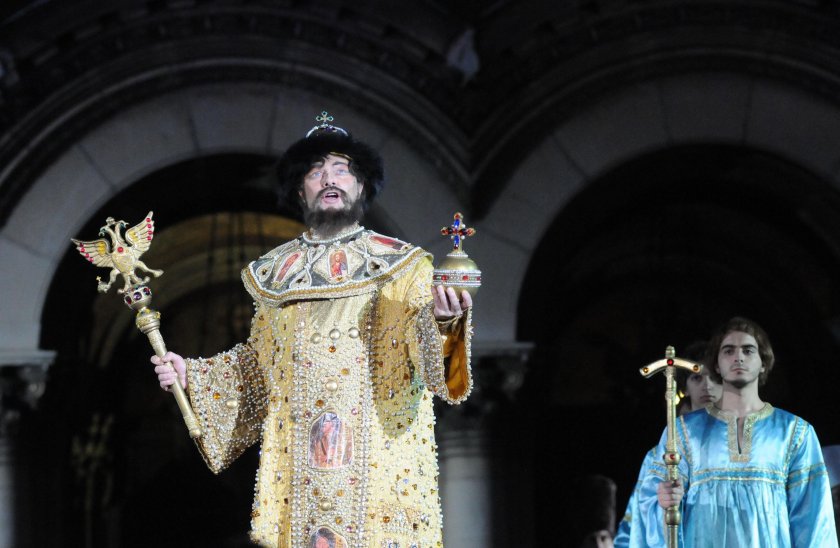 Plamen Kartaloff has also a special sentiment for the Russian opera classic and as stage director he produced a series of works by Russian music classics. Among them were “Prince Igor” by Borodin, “Boris Godunov” by Mussorgsky, “Mavra” and “Renard” by Stravinsky and others.

The opera audience of the Capital still remembers his visionary spectacle “Boris Godunov”, when the square in front of the St. Alexander Nevsky Cathedral turned into Arena di Verona and for the first time in the history the largest Orthodox temple on the Balkans became sets for Maestro Kartaloff’s spectacular performance.

This February at Sofia Opera the eminent stage director presents as a premiere also the opera “Prince Igor” in a new interpretation and with a new finale. He staged Alexander Borodin’s historical opera drama still in 2009, and the production was performed with success on a Japan tour in Tokyo and Nagoya.

The new director’s reading shows the lead character Prince Igor without the traditional clichés and presents before the spectators a different and strongly impressing finale. After a lot of historical researches and excellent knowledge of the work of art of the Russian composer, Plamen Kartaloff undertakes a bold move – he takes a step to a new contemporary version of the opera’s finale.