The world premiere of Lazar Nikolov based on Vazov’s short novel will be in March, the poster for the production is “drawn” by Boris Dimovski.

The world premiere of the satiric opera “Chatterers” by Lazar Nikolov, based on the short novel of the same name by Ivan Vazov, will be in the beginning of March at the Sofia Opera and Ballet, learned Lupa.bg. The spectacle, under the directing of Acad. Plamen Kartaloff, is dedicated to the composer’s 100th Anniversary. The premiere is foreseen for 2 March – one day before the National Holiday, and the next performances will be on 4, 6 and 22 March.

It is envisaged the spectacle to be presented also in Sopot – the place of birth of Ivan Vazov, as well as in Burgas, where from is the composer Lazar Nikolov.

In his director’s notes, Maestro Plamen Kartaloff shares that in “Chatterers” there is a congenial joint presence of the authors in the style of modernism, whereby namely by this European trend of art is inherent a new creative expression and transformation of reality through new ways of creative thinking. 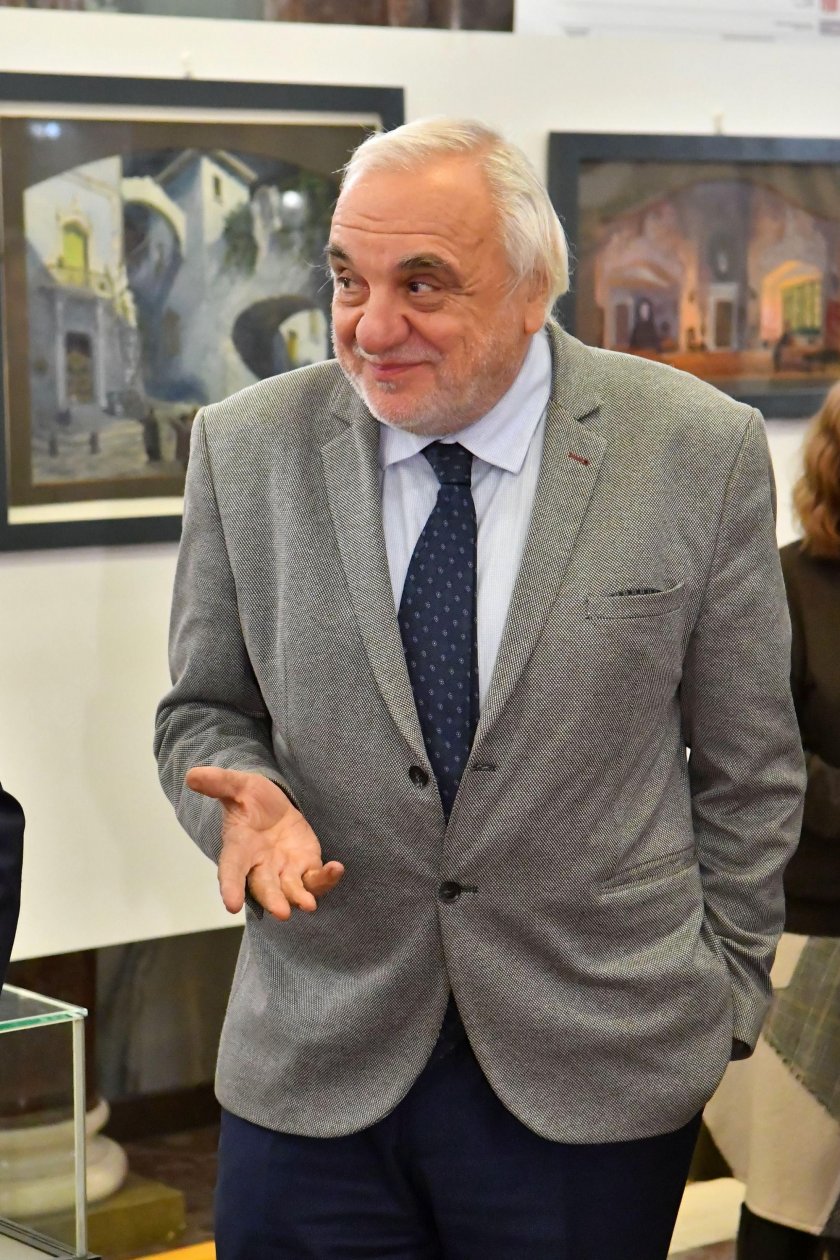 “The parody and the ironic characteristics by both of them show themselves as a style of expression in the literary and musical language of “Chatterers”. We could call the music, as well as the text, an “avant-garde phenomenon” in the context of the time, when they were written”, tells the stage director and Director of Sofia Opera.

“What could be the stylistic of the musical dramaturgy, recreated for the opera stage? Isn’t the world of the characters a mirror of meaningless chattering of absurd characters? They have frozen with reasonings in their time, but also far-seeing for the future of the events, for which they expect others to walk the way to them and fulfil them. They don’t act, they constantly rethink in a hyperbolized fantasy everyday ridiculous happenings, they amuse themselves and are trying hard to be courageous, but they are cowardly and hiding themselves from the consequences in troubles with the authorities.

The pessimism of the characters is at the same time an amusement in the convenience of the slavery, in which they are living undisturbed, even happily. This leads them to the refuge of one timelessness, in which they will be always eternal and existing in a perpetuum mobile. Chattering perpetuum mobile, quarrels and scandals perpetuum mobile. They play a game, which has no ending”, shares further the Maestro about his director’s concept. 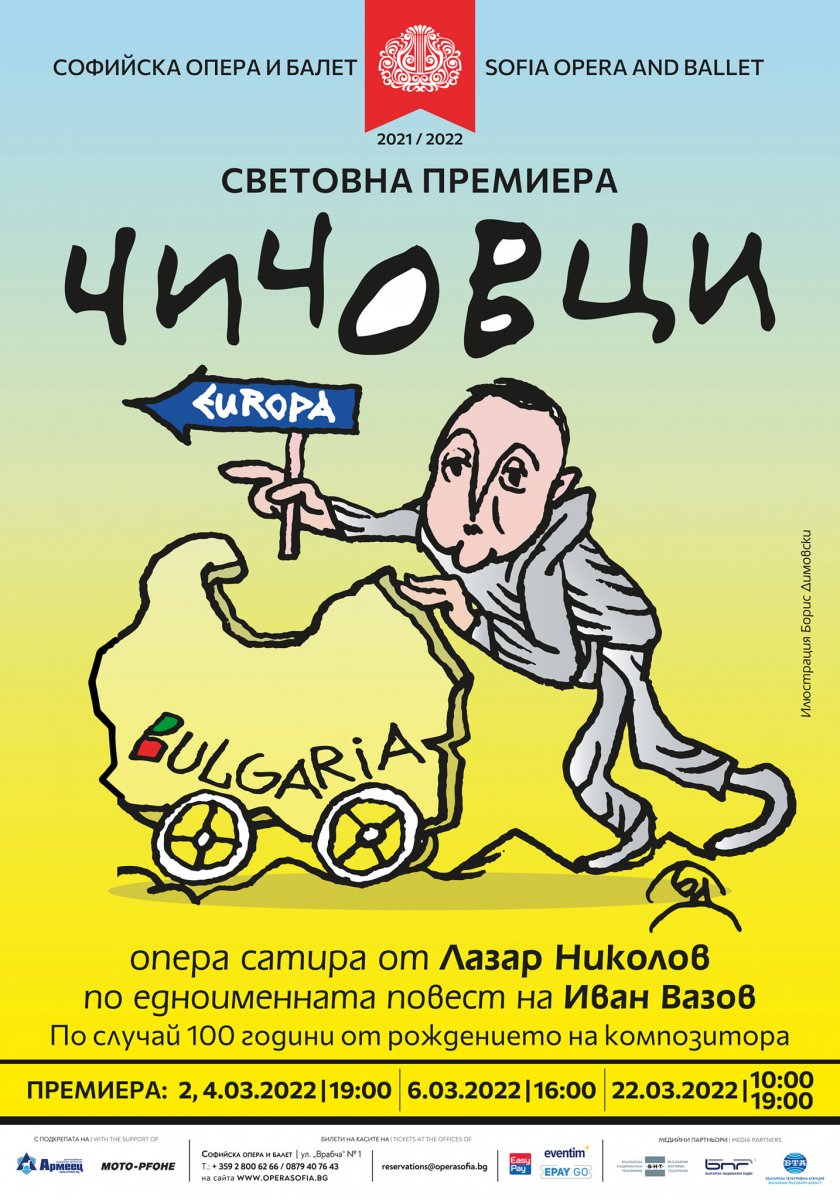 “Plamen Kartaloff is a stage director, having proved his rich imagination, originality and depth as creator. Theatre is his nature and everything, staged by him, had a very strong impact on me namely with its theatricality and dynamics, and the statics of the stage movement. His productions are full of meaning, and his courage to go against the set clichés, to read in a new way the scores, to discover new connections, new causality in the development of the dramaturgic logic have always made his work interesting”, shares about Acad. Plamen Kartaloff the great conductor and composer Konstantin Iliev.

He is delighted with the productions of the stage director of operas by Igor Stravinsky and Lyubomir Pipkov, and he inspired Plamen Kartaloff to stage for the first time on the Bulgarian stage Lazar Nikolov’s opera. The music opus was written 50 years ago, but so far it was not staged.

Plamen Kartaloff is well-known also with his affinity for the Bulgarian composers and created impressive with their stage interpretation productions of works by Pancho Vladigerov, Lyubomir Pipkov, Marin Goleminov, Ivan Spasov.

In the posters for the opera “Chatterers” are interweaved two general caricatures by the great painter Boris Dimovski, which inscribe themselves in the way of the “Chatterers” and of the Bulgarian towards Europe and the modern world – a topic, which Maestro Kartaloff will probably analyse in a creative way in his staging. The idea to take namely these two satiric drawings by Boris Dimovski is of the stage director himself, who is connected with a warm and long friendship with the caricaturist.

The friendship of Plamen Kartaloff with Radoy Ralin and with Boris Dimovski in difficult years for both satirists, gave a chance to the eminent opera stage director to invite the poet to write lyrics for the “Kaffeekantate” to Bach’s music. For set and costume designer Plamen Kartaloff invited Boris Dimovski. And as a loyal friend, now Maestro Kartaloff resurrects the memory about the talented caricaturist, choosing his drawings for the poster of Vazov’s “Chatterers”. The Director of Sofia Opera was given the consent of Dimovski’s two daughters – Valeria and Emilia, who are happy that his father is not forgotten and his adamant spirit as a man and artist will be present in the satiric opera. Designer of the poster is Aleksandra Gogova. 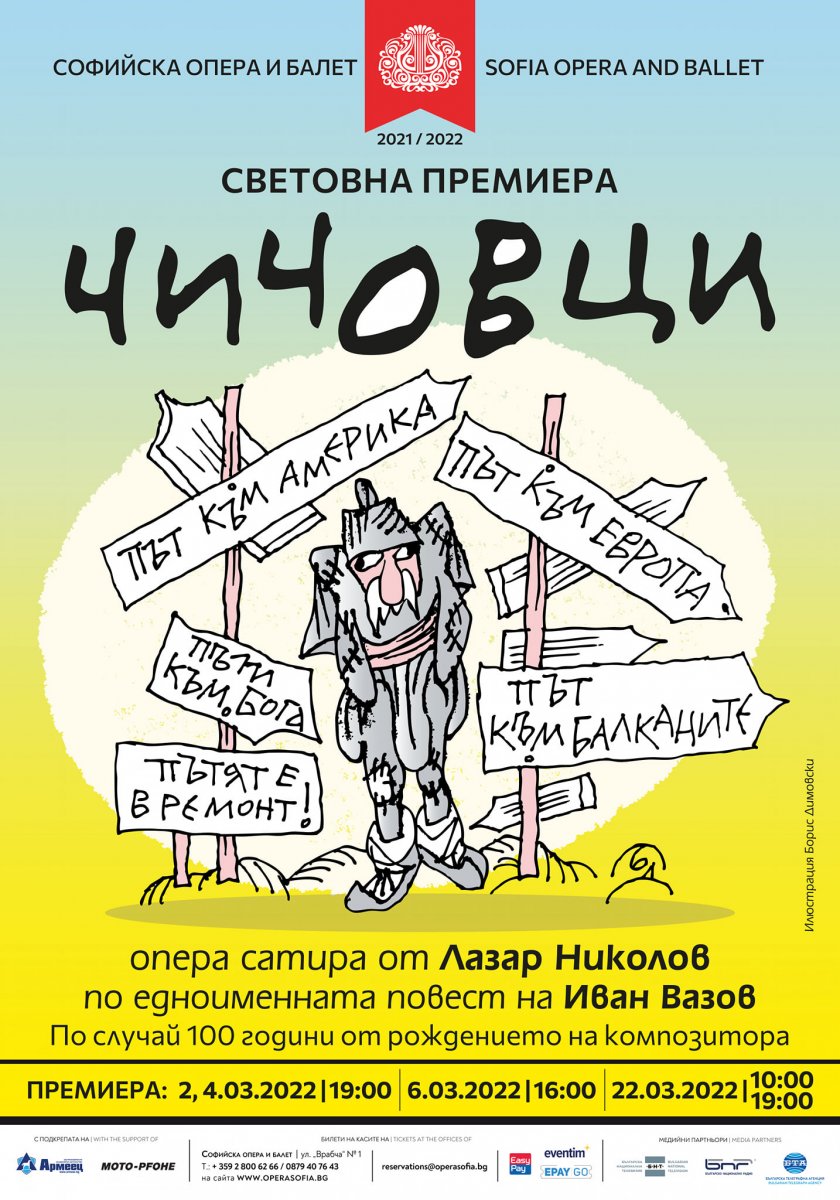 With “Chatterers” Acad. Kartaloff continues the tradition to pay respect to legendary Bulgarian artists. This was felt especially strong also in the musical “My Father the Painter”, which he staged on the stage of the Sofia Opera and this way inspired new life to one emblematic cinema musical from the recent past.

Before Lupa.bg Plamen Kartaloff shared that he considers for his duty and for his mission not to lose our memory about the history and about these intellectuals, who are already not among us. And after the honour to the author of “My Father the Painter” Vasil Tsonev, to the composer Petar Stupel, close friend of who the stage director was too, to the film creators, the great actors Kosta Tsonev, Nevena Kokanova and Tatyana Lolova, now the Director of Sofia Opera makes in a worthy way his modern reading of “Chatterers” with respect for Ivan Vazov, Lazar Nikolov, and for his friend Boris Dimovski.

Most probably, in his director’s version of “Chatterers” Plamen Kartaloff will remain loyal to his unique style to interweave cinema elements in the art of the opera. The Maestro has specialized opera directing in Germany and film directing at the National Academy for Theatre and Film Arts, and he shares the vision that opera is connected with cinema, although the Seventh art was born after the opera. Between them, however, especially in our time, there is a strong interaction, which enriches them mutually, it gives will to the artistic fantasy and carries away most strongly the spectators into the whirl of emotions. 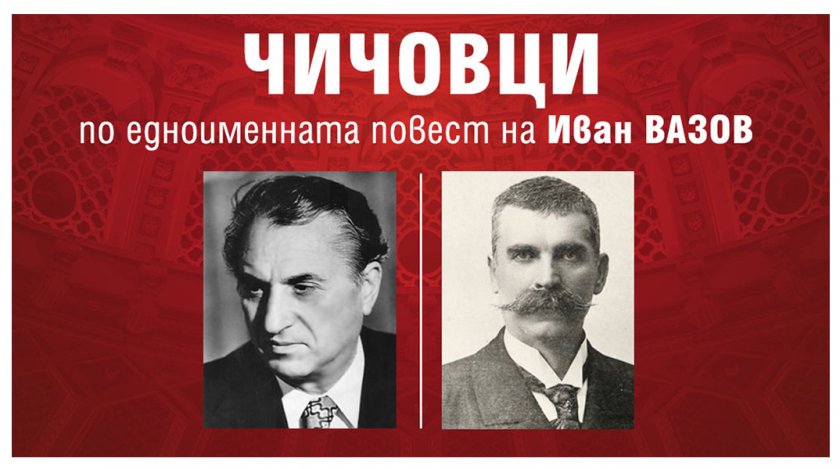 Conductors of the opera “Chatterers” are Zhorzh Dimitrov and Boris Spasov. Set designer is Sven Jonke, who worked also on the effective set design of “Elektra” and “Yana’s Nine Brothers”, the stage director of which is Plamen Kartaloff too. Costume designer is Stanka Vauda. Chorus master is Violeta Dimitrova. Répétiteurs are Agnes Dankova and Stoyan Martinov. With the participation of the soloists, the orchestra and the chorus of the Sofia Opera.