Anna Tomowa-Sintow for the upcoming premiere of "Ariadne auf Naxos"

Belief in truth and love for music and art are inspiration, strength and light, the opera diva is convinced

Good luck to the upcoming premiere of "Ariadne auf Naxos" by Richard Strauss at the Sofia Opera on 29 and 30 April!

Art in all its forms has always been a spiritual food for people and a stimulus for life and action, especially in difficult times of humanity, in which now are all of us.

I was impressed that in such a period Sofia Opera managed to organize a summer festival on Lake Pancharevo with representative spectacles from its repertoire, which were both a stimulus for the people and proved to be a balm for the audience, especially in today's situation in Bulgaria! And in the unbearable heat caused by global warming!

Last spring, I received a proposal to prepare the entire double cast for the upcoming autumn premiere of Richard Strauss's "Ariadne of Naxos" in the autumn, which must be singing and performing. Having behind her vast experience of contact with this great composer through various of his female characters, presented on all world stages under the baton of various great conductors – masters, connoisseurs of Richard Strauss, Ariadne was a particularly beloved part of mine.

So I spontaneously accepted the offer. Hard, arduous work began. Of course, nothing can replace online work with real live contact. But thanks to the wonderful professional and technical training of the Opera, this contact was especially intense and I always had the feeling that I was personally in Sofia, at the Opera. Something that will not be feasible and possible for me due to this year's pandemic. This forced the work to be online. But I will share and emphasize – completely successful on both sides.

I would like to draw the attention to the wonderful musical preparation. Everyone was wonderfully musically prepared. And this helped the main singing and performing work! Things were flowing, moving forward on their own. In the face of the extremely professional accompanist Yolanta Smolyanova I had a strong support and the atmosphere was filled with enthusiasm. 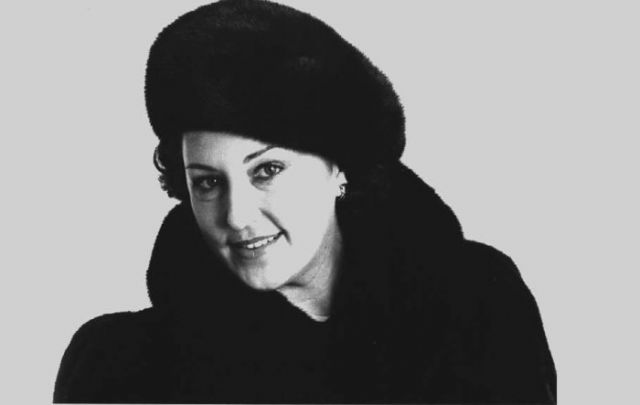 I took the responsibility to help the singers feel the requirements and the individuality, as well as the specifics of Richard Strauss, which cannot always be explained in words. I sang the things that are strongly nurtured in me and so I could transfer directly everything that I really felt. Strauss invested in the image of the composer from the first part – the prologue, one of his self-portraits with all the requirements and all his emotions, experiences and doubts in creating a work. It is not an easy task for the singer to cover this. Here, however, I solidly jumped with the singer into the deep waters and I think we managed to form a true foundation.

The symbolism of the text in question, the lyrics and the music, the content, which by Richard Strauss are an absolute unity, require to be felt truly, and from there their vocal mission is already formed on the basis of the respective style.

For example, Ariadne herself at the beginning of the second act is constantly singing about death. In fact, there is a very logical development in music and in everything – her longing for life and love. Not for death! The finale of the opera, according to Richard Strauss, ends with the apotheosis of love, it stands above all.

My goal was for Strauss to be felt and understood by all the wonderful and talented staff of the Sofia Opera, and to be transferred by the personality of each performer. I believe that now, in the upcoming directorial work with the talented young Vera Nemirova, this task will receive an exciting and great development in the sense and the concept of the great composer Richard Strauss. I am now handing over the work to the conductor and the director, which will begin in the autumn. Of course, I will be in constant contact with them. There is a certain refinement of what was achieved and made in the summer with the singers.

Good luck for a successful and happy new season, despite the trials we are all facing. May the faith in the truth and the love of music and art be not only inspiring, but also bearers of strength and light, above all the difficulties we face today.