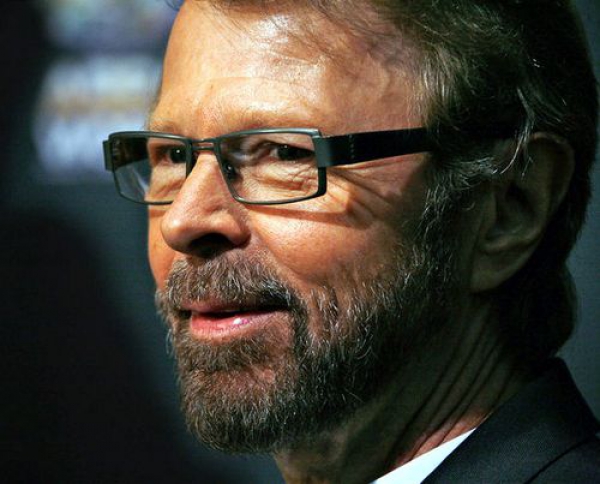 Bjorn Kristian Ulvaeus was born in Gothenburg on April 25, 1945. When he was six years old the family moved to the small town of Vastervik, and this is where Bjorn grew up.

In the mid-Fifties Bjorn fell in love with rock’n’roll and skiffle.

By the early Sixties he was a member of a folk group called the West Bay Singers.

In 1963 they entered a talent contest arranged by Swedish radio. This led to discovery by songwriter and publisher Stig Anderson and his partner, Bengt Bernhag. Stig and Bengt had recently started a record company called Polar Music. The band acquired a new name, the Hootenanny Singers, and quickly became one of Sweden’s most popular groups of the Sixties.

In 1966, Bjorn had a chance meeting with Benny Andersson, himself a member of Sweden’s number one pop group, The Hep Stars. They hit it off and wrote their first song together, ‘Isn’t It Easy To Say’. Bjorn recorded a couple of solo singles in the late Sixties, at which point he also started concentrating more on his collaboration with Benny Andersson.

In 1970 the pair started releasing records as a duo and also staged a cabaret show together with their fiancees, Agnetha Faltskog and Anni-Frid Lyngstad. On July 6, 1971, Bjorn and Agnetha got married. From 1972 and a decade onwards Bjorn was occupied by his work with ABBA.

By 1990, Bjorn and Benny had decided to write a new musical. This time they wanted to write exclusively in Swedish, and they chose the Emigrants novel series by author Vilhelm Moberg as basis for their work. The musical Kristina fran Duvemala (Kristina From Duvemala) opened in October 1995. The show ran for three and a half years at various theatres in the Swedish cities of Malmo, Gothenburg and Stockholm.

Bjorn writes many of the lyrics for the Benny Andersson Orchestra, and has involved himself in the stagings of Mamma Mia!, as well as the 2008 movie version.