The Sofia Opera is broadcasting two pearls from its Golden Fund in its online programme this weekend. 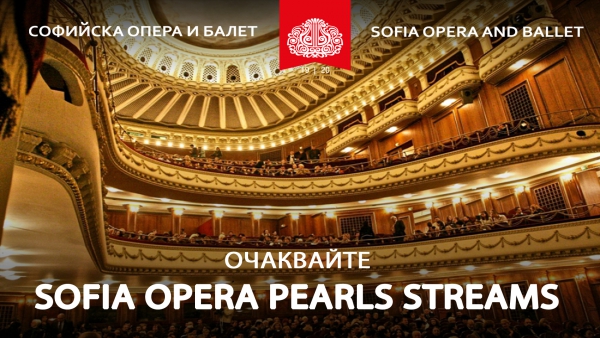 The Sofia Opera and Ballet continues its online programme on its official Facebook profile, showing selected titles to its audience not able to enjoy its performances live.

The opera “Don Quichotte” by Jules Massenet will be broadcast on March 21 at 17:00.

The idea of ​​staging the opera “Don Quichotte” in Bulgaria came from Nicolai Ghiaurov, who suggested to Plamen Kartaloff to put on this rarely performed work with his participation. For compelling reasons, Ghiaurov could not play the Knight of the Sad Countenance, but the director did not abandon the project, which he would later dedicate to his friend Ghiaurov on the occasion of his 80th birthday. The role of Don Quichotte was taken by Orlin Anastasov, a young Bulgarian bass player with a huge international career. Ventseslav Anastasov is Sancho Panza and Tsveta Sarambelieva is Dulcinée. The conductor is Francesco Rosa.

International criticism praised Sofia Opera's staging, and Kammersänger Anna Tomowa-Sintow expressed her enthusiasm for the performance with the most generous words and did not spare superlatives for her colleagues and the modern directing.

“Don Quichotte” on the stage of the Sofia Opera is an unusual and interesting treatment of the characters taken from the pages of the novel from the era, transferred and left in conflict with our modern times, without forgetting the eternal theme of love and ideals.

On March 22 from 16:00 the opera “La Gioconda” by Amilcare Ponchielli will be shown, with brilliant incarnations of Ghena Dimitrova, Nicola Ghiuselev, Rumen Doikov, Stefka Mineva, Zhivko Pranchev, Elena Chavdarova-Issa and others. Orchestra, Chorus and Ballet of the Sofia Opera. Conductor – Georgi Notev.

At the premiere of “La Gioconda” in Tokyo in December 2000, the Japanese Emperor Akihito and his wife attended. In the intermission of the performance, the imperial couple met with Plamen Kartaloff and his wife and talked about the extremely successful tour of the Sofia Opera in Japan. The Emperor admitted that he was attending a production of a foreign opera house for the first time, and it was a pleasure and honour for him to witness the great art of the Sofia Opera. As a prince, he had visited our country and has kept in his heart the most precious memories of Bulgaria. Details can be seen in the unique documentary film report of Bulgarian National Television journalist Daniela Kaneva.

The recording, which will be streamed, is from 1999, just before the Sofia Opera tour in Japan in 2000.

“The Sofia Opera initiative to stream repertoire pearls is not a campaign; it is an interaction and an even closer contact with our audience.

The repertoire of the first opera house in Bulgaria is huge. Many of the productions in the years have been recorded. We have never broadcast them. And now that we are all forced to search for escape and salvation from the unprecedented trial of COVID 19, both the audience and the entire theatre seem to be on a battlefield.

In order for the Sofia Opera to be on the front line for the salvation of spirituality and the contact with the living art, we have found our way to the audience, as well as following the example of the largest opera theatres in the world, to broadcast our opera and ballet productions.

I am sure that our platform SOFIA OPERA PEARLS STREAMS will open up new worlds for many who will watch the performances online.”

With this message the director of the Sofia opera and ballet Plamen Kartaloff invites the audience to view its productions on the Internet.

The Sofia Opera will announce new titles and will continue to make its performances available to its audience during the state of emergency.

Up-to-date information on the SOFIA OPERA PEARLS STREAMS programme can be found on the official website of the Sofia Opera www.operasofia.bg and on the Facebook page of our first opera house.

Tweet
More in this category: « Please expect a 5th Summer Festival OPERA OF THE PEAKS – BELOGRADCHIK ROCKS 2020 The Sofia Opera postpones its spectacles till 22 March 2020 for a next period »
back to top