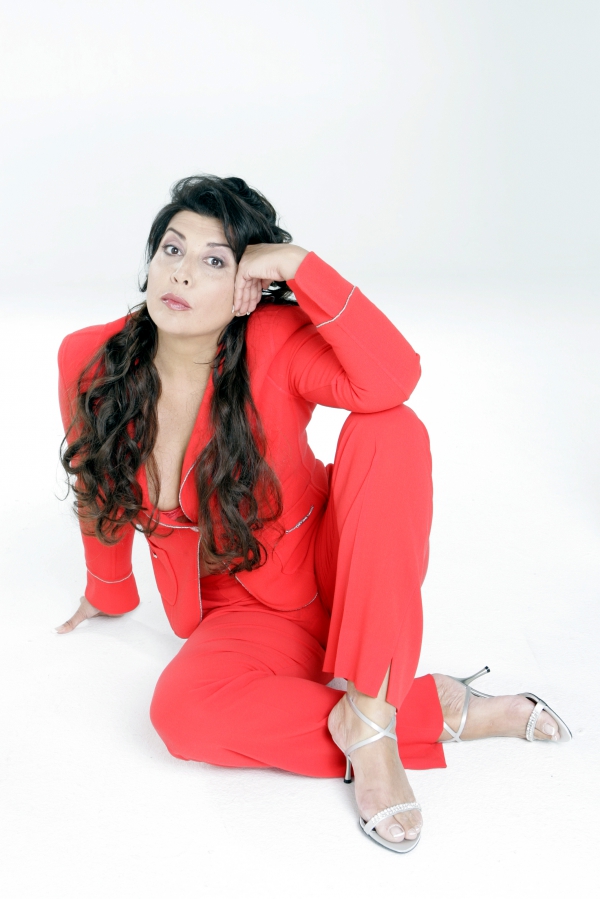 Maria Ghulegina: The role in which I am feeling a real queen is in my role of mother!

Everyone can make all kind of plans whatsoever, but God is the one, who decides whether they will be realized.

I began treating my voice at a very early age, being at the age of 15. I still hadn’t graduated my secondary education, but still then I was sparing an exceptionally lot of time to singing and to the right training of the voice. I was visiting regularly vocal classes. The complexity by the dramatic soprano arises from the lack of pedagogues, who would be able from the very beginning to work with the voice potential and to teach properly the performer how to use it.

I would give one more comparison, in order to become clear to everybody. If at the street by chance you find a diamond, which would fall in bad hands, it would be broken, its carats would lose their value and the diamond could turn into an ordinary powdered sand, no good even for the trash. But if the piece if diamond falls in good professional hands, they would polish and treat it so, that the diamond would shine in its full power and beauty and the high carat would become visible in itself.

Question: You are announced by the critique for “Queen of the Opera”, in which role are you feeling like a real queen?
Answer: The role in which I am feeling a real queen – this is the role of mother! The happiness from this role no one could replace for me with any other role, performed on the stage. I am mother of my son and this makes me most happy in comparison with the whole glitter on the stage.
The role in which I am at home by my child. The role of mother, of the woman at home. This is my most principal and irreplaceable role! The role – mother! I have two children, a daughter and a son. The difference between them is twenty years. I repeat an I will repeat again. To be a mother is my most principal role, the main and essential production of mine, my greatest moment of glory.

Question: People call you the “Russian soprano with Verdi in the veins”. Why Verdi? Do you have a certain passion for Verdi’s works?
Answer: Verdi charges me with emotionality, with feeling which is inherent to me myself and I rediscover it in his works. There is one traditional belief, in the Tibetan Testament which says “that it is impossible for the human being to become a singer only for one life”.

In Tibet it is asserted that singers were singers in their previous lives too. As a child I had dreams, and maybe visions too that I am sailing in the canals of the beautiful Venice.

From an early age I was identifying myself with Consuelo – lean, with brownish skin, a little bit scaring and with a powerful shaking voice. And I was really very thin, even a little bit frightening with my thinness. Probably my love for music, for certain works by Verdi in this case, all this attraction to music was transferred to me from my other reincarnations.

Question: Yes, but you are keen on Wagner too. Is the transition from Verdi to Wagner difficult?
Answer: For me Wagner is not music, but philosophy! The frame of mind which is necessary in order to deal with the music by this composer, is as if you are painting an icon – firstly you have to receive a Holy Communion or purify yourself. To be able to understand Wagner and achieve him, one must have a very good experience in the Italian school, but the most important is to be rife spiritually. The complex and the specific by this composer are the big and different intervals.

Years in succession I was refusing to sing Wagner, but when I received the proposal of Acad. Plamen Kartaloff to take part in “Parsifal”, I decided in the first place to get acquainted not only with the work itself, but also with the director’s staging, his view, his way of expression. I read the libretto, I listened to the music many times. I watched it very carefully and at the end I decided to make this step. I started learning German language in Munich. I was flying again and again up to there, in order to spend hours and days with my professor in German, who was laying particular stress on the correct and precise pronunciation of each word, and the German language is very complex from a phonetic point of view.

Question: How do you work with your colleagues from the Sofia Opera and Ballet?
Answer: For me the opera theatre is a temple. This is why I came here, in Sofia, in order to pay my respect to the memory of my great colleagues and friends – Ghena Dimitrova and Nicolai Ghiaurov.
I am working perfectly with everybody! I am even afraid to point out someone, and the other colleagues to be heart. I am really sincere – with all my colleagues from the Sofia Opera I get on wonderfully, my work here is simply a song!

Question: Mrs. Ghulegina, you were awarded the Saint Olga Order which is considered for the highest distinction by the Russian Orthodox Church. For what were you handed out this Prize?
Answer: It isn’t good one person to talk about his or her deeds, God sees them from above. I have always dealt with charity and I will continue doing it. I support orphanages and other people in need, but I don’t like to talk about that. I restored completely with my personal funds the iconostasis in the St. Martyrs Flora and Lavra temple in Moscow.

Question: Your future artistic plans?
Answer: I don’t like to make long-term plans, because we are walking on this earth and we are subject to God. “Man proposes, God disposes”.
In 2015, my heart played a trick on me and gave up. Then all my plans could be crushed for just one moment. But in Munich the doctors saved me, and here I am before you.
Two months later, I was already on the stage in the Column Hall in Moscow and I sang. Three months after what happened, I was already standing on the stage of the Metropolitan Opera.
Nobody knew and nobody understood that I had experienced a tremendous, exceptionally complex, literally frightening operation of the heart and the valves! Everybody was paying compliments how wonderful I look. Dou you know what I was telling them: I had wonderful holidays!
So that everyone can make all kind of plans whatsoever, but God is the one, who decides whether they will be realized.


Tweet
More in this category: « Premiere - LES MISЕ́RABLES CARMEN-SUITE, PAQUITA – 26.1 and 2.02 at the Sofia Opera – 4.02 at the Varna Opera – Ballets to the music by Bizet-Schedrin and Ludwig Minkus. Choreographers – Alberto Alonso and Marius Petipa »
back to top