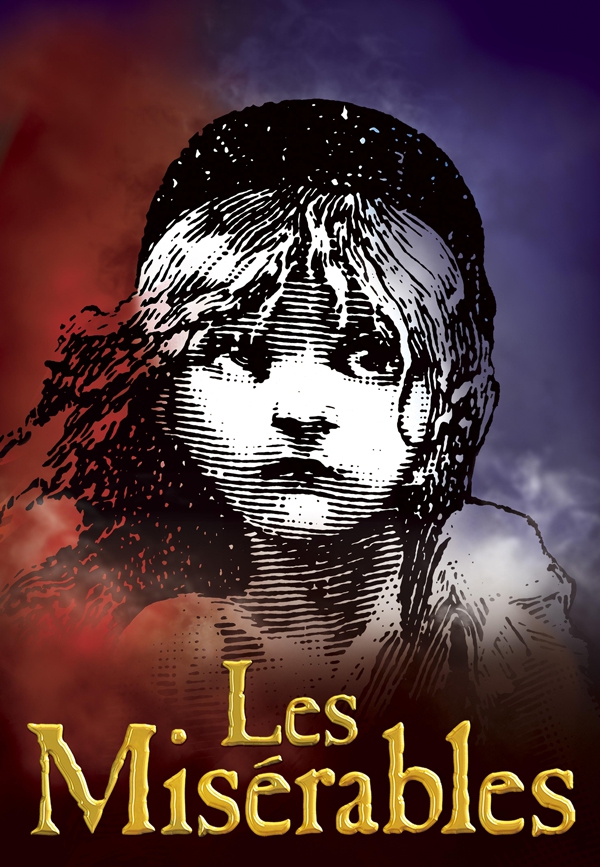 Plamen Kartaloff makes an epochal revolution at the Sofia Opera. At last the musical phenomenon “Les Misérables” comes also in Bulgaria. The track to success is beaten – firstly with “The Phantom of the Opera”, which was awarded a Chrystal Lyre for the stage director and the production team; the second step was with “Mamma mia!” – the enthusiastic ovations of the audience accompanied all performances and the national tour. Now is coming along the triumph with the hit musical “Les Misérables” – winner of over 100 international awards, one epic story about passion and redemption.

The title is a real modern classic, based on Victor Hugo’s novel and it possesses one of the most memorable scores of all times. The work was shown for the first time in London in 1985. We could define it even as а pop opera, because the melodies flow into one another, and the exceptional plot turned “Les Misérables” into a masterpiece on the contemporary musical stage.

Music Theatre International, one of the companies of the producer Cameron Mackintosh, is the largest owner of secondary copyrights of the greatest musicals in the world. Namely Cameron granted to Plamen Kartaloff the copyrights for a staging in Bulgaria still in the distant 1987, but the realization at that time seemed impossible, because it required a powerful resource – the amount for ensuring not only the microphones was calculated at the value of over USD 60,000.

The time has come and the Bulgarian audience will enjoy the mega production in a series of spectacles. The Sofia Opera will raise its premiere curtain for “Les Misérables” on 6 December, and the next dates for this year are only on: 7, 8, 10, 11, 12 and 13 December. In the first days of the new 2020 year, Alain Boublil’s and Claude-Michel Schönberg’s work will be shown on 9, 10, 11 and 12 January.

The preparation began in September with the beginning of the artistic 2019/2020 season. The fortunate, who were selected for performers of the lead roles were approved amongst 100 candidates by Cameron Mackintosh. The musical training was entrusted to Svetoslav Lazarov, and conductor will be Igor Bogdanov. The adaptation is made by Trevor Nunn and John Caird, and the original orchestrations are made by John Cameron. Stage director – Acad. Plamen Kartaloff.

Cameron Mackintosh is the most successful, influencing and powerful theatrical producer in the world. During 50 years, he has produced more musicals than anyone else in the world history of music, including the three longest time performed titles: “Les Misérables”, “The Phantom of the Opera” and “Cats”.

At the occasion of the 25th Anniversary of “Les Misérables”, Cameron decided to create new versions of the classical musicals, which turned out to be so successful as the originals themselves. Today the initially written work of art marks its 34th Jubilee. In 2012, the screen version of the homonymous musical was already a fact. Cameron produced it, Tom Hooper was stage director, and screenwriter – William Nicholson. The musical movie had a budget of USD 61 million, but it made revenues of over USD 441 million. The tape, distributed by Universal, won the prestigious Oskar and Golden Globe Awards and the Prize of the British Academy of Film and Television Arts – BAFTA.

The financial world calculates that the total budget of the produced by Mackintosh longest time performed titles – “Les Misérables”, “The Phantom” and “Cats”, have required investments of almost USD 1 milliard or GBP 658 million.

He admits that if he has not become a theatrical producer he would deal with architecture. Today he invests, besides in his own productions, also in the purchase of new buildings – a part of the chain of theatres which he owns. He has also his own foundation which supports a lot of charity initiatives, organizations, personalities, theatre projects.

Cameron Mackintosh believes that it is necessary to be created new versions of the classical titles. Regardless how brilliant was the initial production, it is always necessary it to be revived and renewed, in order to attract new audience. He says that his best quality was to be a chameleon and if somebody has written something interesting, he would be the catalyst, who creates the product and turns it into successful one.

WHAT ARE KARTALOFF’S VISION FOR DEVELOPMENT AND HIS DIRECTOR’S CONCEPT?

The opening of the temple of the high operatic and ballet art for some of the most popular and sensational musicals is a part of the manager’s vision of Acad. Plamen Kartaloff, his ability to foresee beyond the barriers, the taboos, the limitations and the limits which should not exist in the development of the music and stage art. The demand, the expectations of the audience and the market dynamics oblige every head of a musical cultural institute to be up to date with the trends and to guarantee productions and titles for which the audience insists. The opening of the fan of the genre variety is already not only desirable, but obligatory for the leading theatres in the world. And they do it, because this way they increase their financial incomes, but also manage to attract new audience at the opera theatres. Once people come in to see the preferred by them musical title, they are attracted in a natural and accessible way by the other music productions too – ballets, operas, concerts. Regardless of the motives or the reasons, we must consider the tendency for mixing of the music stage arts – a reality which becomes a part of the new musical culture. It is obvious that the cross infusion is in everybody’s favour – Maecenas, marketing professionals, producers, audience. The synthesis of arts attracts also artistic expositions which combine with music and dance – a new type of music performance at the classical opera theatre. The artistic virtuosity, the uniqueness of the artist, the innovation, the uniqueness in the interpretation and the class of professionalism are obligatory for each performer or creator, irrespective of the field of his or her activities. It is obvious that if till yesterday we were studying the limits in the light of the subjective ideals or we were trying to comprehend or explain them, today everything is developing and the synthesis of music and theatre imposes new laws and removes the bans.

The good and beautiful music is such, regardless of its genre. And from the point of view of one singer, there is nothing better, if a jazz or a pop performer manages to master the classical training which gives ease, proper sound making, flexibility, feeling of flight, it requires a pure pronunciation, expressivity of the emotion, expression. The singer’s strong technique is in the basis of the development of the big career, irrespectively weather it is on the opera stage of Metropolitan, on Broadway or in the jazz clubs, isn’t it?

ABOUT THE COMING TRUE OF ONE BIG REVOLUTIONARY DREAM

“One of the main tasks and role of the contemporary opera theatre is to serve the philosophical idea of art – to be a barometer of its epoch”, reminds us Goethe’s legacy the Director of the Sofia Opera and stage director of “Les Misérables” – Acad. Plamen Kartaloff. He clarifies that to produce on Bulgarian stage this hit musical is a right and topical choice.

“This is a new revolutionary idea – together with the main repertoire with the great masterpieces from the world opera and ballet classic by composers from different ages, to be shown also the musical phenomenon “Les Misérables”, points out Acad. Kartaloff. After his words, everyone today can recognize intimacy with many of the characters and the historical events from Victor Hugo’s novel, referred to each time, especially to modern times.

“Love, hatred, compassion, nobleness, solidarity, revenge, protests against authority, in short, the revolutionary mood of the masses of people are always eternal topics, characteristic for every age. This all kindles a new zeal and rebellious spirit in the alternating layers of each political and social behaviour whatsoever”, explained Plamen Kartaloff.

He specified that in the production’s solution he was looking to achieve a social and spiritual catharsis by the suggestions of the musical’s dramaturgy of genius.

“The principle of kinetic action is in the dynamics of the scenes, the rapidity of the skilfully alternating scenes, the contrast episodes, the growth under way of the characters and the events, which follow them, the relations between the lyrical and the dramatical aspects and lines of constant tension. I am convinced and I believe that the production gives a chance to the spectator from every age in the hall as if on his own and personally to take part in the action and to identify his emotions like similar to those of the characters from the stage. The states, the circumstances and the behavioural models are absolutely valid also today in our life. As stage director I require to emphasize in the acting on the moving relationships between the lead characters, I insist they to be in a homogeneous synchronicity with the palette, developed by the bright sensibility and power of the vocal images. The hymn of the young rebels, in the name of freedom and progress is: “Vive la mort!” (“Long live death!”).

Academician Kartaloff emphasized that one of the most important tasks in his work of stage director is to reach the detailed working out and portrait making through finest colours – a part of the individual spectrum of each one of the artists, regardless weather they perform a small or a big role.

“The ensemble power and emotional suggestions in the intimate, as well as in the monumental scenes, are the brand of my devotion in my work as stage director, which deserves the stage recreation of this musical-phenomenon”, sums up the stage director – producer Acad. Plamen Kartaloff.

He shares frankly that his big dream was to create a revolution of his in art with the staging of “Les Misérables” in 1987 – whole two years before the coming of the new historical age which turned upside down the social, public and political life in Bulgaria through the power of the democratic changes.

Less than three weeks remain till the coming true of this project – symbol. Everyone is at the barricades behind the curtain. The preparation goes hard and according to the plan. The success of “Les Misérables” in Sofia is notified, because under this production are signing one besides the other always recognized and eminent professionals with world fame.


WHICH IS THE STAR CAST OF “LES MISÉRABLES” 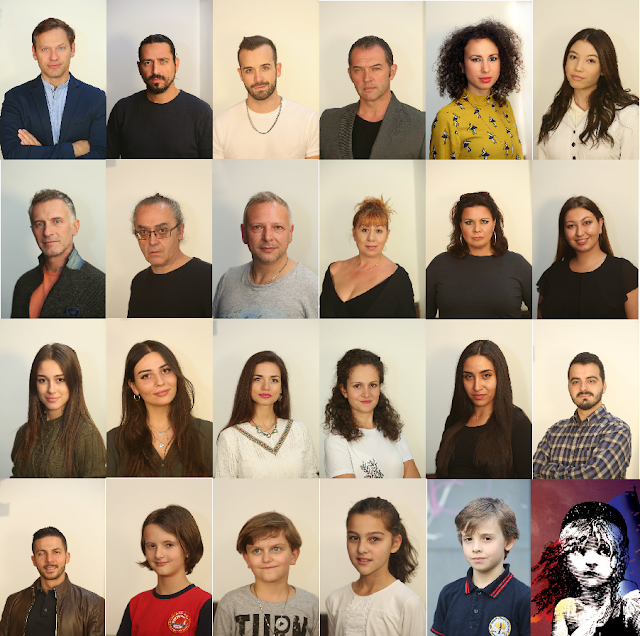 Already are known the winners in the casting for the Bulgarian production, who were selected among the one hundred of candidates by Mackintosh’s London agency.

By arrangement with CAMERON MACKINTOSH, Production of BOUBLIL and SCHÖNBERG. A musical by ALAIN BOUBLIL and CLAUDE-MICHEL SCHÖNBERG Based on a novel by VICTOR HUGO. Music by CLAUDE-MICHEL SCHÖNBERG. Lyrics by HERBERT KRETZMER. Original French Text by: ALAIN BOUBLIL and JEAN-MARC NATEL. Additional material by JAMES FENTON. Adaptation by TREVOR NUNN and JOHN CAIRD. Original Orchestrations by JOHN CAMERON. New Orchestrations by CHRISTOPHER JAHNKE, STEPHEN METCALFE and STEPHEN BROOKER.

It is presented by arrangement with Music Theatre International (Europe) Ltd and CAMERON MACKINTOSH LTD.

Tweet
More in this category: « ABOUT THE OPERA “APOLLO AND HYACINTHUS” BY MOZART – PREMIERE SPECTACLES ON 22 AND 23 NOVEMBER We are expecting you on 15 December at the star spectacle of “Turandot” by Giacomo Puccini, with the special participation of Catherine Foster and Paolo Lardizzone – Calaf. Guest conductor – Giorgio Proietti. »
back to top