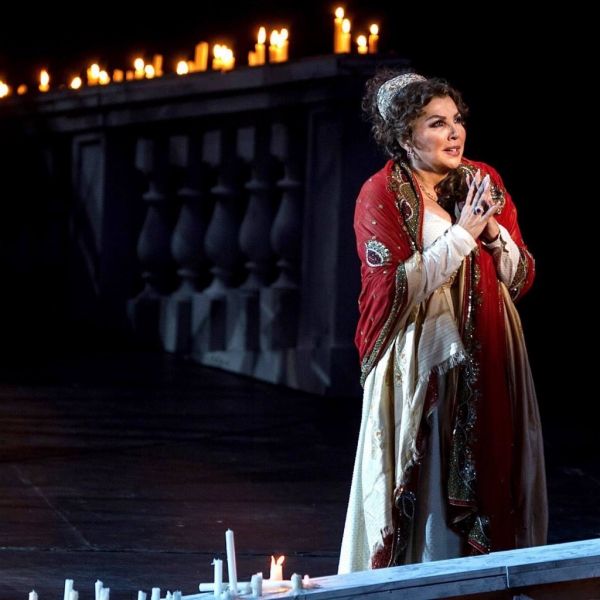 Maria Guleghina in the role of Tosca – Geneva 2014

One of the greatest names in the world of contemporary opera – the dramatic soprano Maria Guleghina will be guest-performer at the Sofia Opera and Ballet this season too.

Maria Guleghina is considered for one of the leading dramatic sopranos in the world, the only one with 16 main roles in new productions at La Scala, among which “Manon Lescaut”, “Tosca”, “Un ballo in maschera”, “Macbeth”, etc.

Declared by the critique for “Queen of the Opera”, she often presents herself on the stages of the most prestigious opera theatres in the world as the Vienna State Opera, the Mariinsky Theatre, the Bavarian State Opera, the Deutsche Oper Berlin, the Gran Teatre del Liceu, Covent Garden, Opéra Bastille, the Teatro Colón, the Bolshoi Theatre, etc.

Called “the Russian soprano with Verdi in her veins”, she is recipient of numerous prizes and awards, among which the 2009 Puccini Prize, the Giovanni Zanatello Prize, the Maria Zamboni gold medal, gold medal at the Osaka Festival, the 2001 Bellini Prize, the Arte e Operosita nel mondo prize from Milan, etc.

Tweet
More in this category: « The world-known Vladimir Stoyanov will sing in “Rigoletto” on 4.02. at the Opera – Newspaper “24 chasa” Photogallery from one extraterrestrial “La Bayadère” with Kimin Kim »
back to top