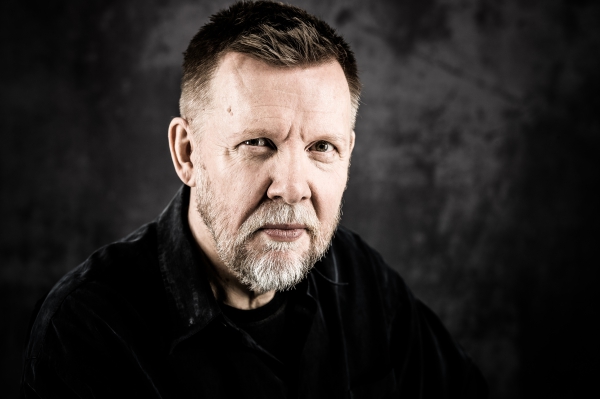 The German-Finnish Jukka Rasilainen performs the dramatic repertoire for bass-baritone at all of the world’s leading opera houses. He sings at the state operas of Vienna and Berlin, in Munich and Zurich, at the Bastille in Paris, the Teatro Real in Madrid, as well as in Tokyo and Buenos Aires.

Furthermore, he maintains a close affiliation with the Semperoper in Dresden. His brilliant interpretations have thrilled audiences at numerous productions of the Bayreuth Festival and the Savonlinna Opera Festival.

Jukka Rasilainen was tutored by Tina Scapini-Rella in Rome and studied at the Sibelius Academy in Helsinki. While still a student he enjoyed early acclaim for his performance of Leporello (Don Giovanni) in a production by Gian Carlo del Monaco. From 1985 to 1986 he was a member of the prestigious International Opera Studio in Zurich. As an ensemble singer at Dortmund Theater and in

Krefeld/ Mönchengladbach (1986 to 1993) he expanded his repertoire to include such title roles as “Wozzeck” and “Falstaff” as well as Jochanaan (Salome) and Scarpia (Tosca). His debut as “The Flying Dutchman” in Flensburg (1991) led to numerous international invitations to perform this title role including at the Vienna State Opera, the State Opera of Berlin (Unter den Linden), the Deutsche Oper in Berlin, the Semperoper Dresden, in Tokyo and Savonlinna, at the Wagner Festival in Wels and at the Bayreuth Festival.

A pivotal stage of his career was his work at Dresden’s Semperoper, where he debuted in 1992. Managing director Christoph Albrecht successfully brought him under contract as a regular guest performer, helping to expand the range of Rasilainen’s repertoire from Mozart to Wagner. In Dresden the bass-baritone appeared in ten new productions and 19 repertoire works. Rasilainen sang Mozart’s Figaro and the Count (Marriage of Figaro) as well as Don Giovanni. He performed the roles of Kaspar (Der Freischütz) and Pizarro (Fidelio) alongside important roles from Italian and French opera such as Scarpia (Tosca), Amonasro (Aida) and Michele (Il Tabarro). He appeared as Escamillo (Carmen) both in the Semperoper and in Harry Kupfer’s successful production in VW’s Transparent Factory, and has also interpreted the roles of the Forester (The Cunning Little Vixen) and Nick Shadow (The Rake’s Progress).

In 1997 he sang Amfortas in “Parsifal” in London and Rome, and in 2003 made his celebrated debut performance of Mandryka (Arabella) at the Bavarian State Opera. He has enjoyed particular success in Straussian roles such as Barak (die Frau ohne Schatten) and Jochanaan (Salome) and is a passionate interpreter of Wagner. Rasilainen’s roles have included the King’s Herald and Friedrich von Telramund (Lohengrin), Kurwenal (Tristan und Isolde), the Dutchman (Flying Dutchman) and Amfortas (Parsifal). After debuting in the Wagnerian roles of Wotan and the Walker in a new production of the legendary “Ring” cycle by Götz Friedrich that ran from 1996 to 2004, he sang these roles in every single “Ring” performance in Dresden between 2003 and 2008. In 1996 Rasilainen was awarded the Semperoper’s Christel Goltz Prize and in 2004 was bestowed the honorary title of “Chamber Singer” by the Saxony Ministry of Arts and Sciences. Rasilainen later performed many of these Dresden roles at the Vienna State Opera, where he debuted in 1992 with the Flying Dutchman, at the Bregenz Festival, where he appeared for the first time in 1993 as Zaccaria, and at the Deutsche Oper of Rhein Dusseldorf/Duisburg, where he also interpreted the role of Falstaff under Fabio Luisi and the four villains (Tales of Hoffmann).

Rasilainen regularly returns to his home country, where, since 1987, he has appeared at the Finnish National Opera as Jago, Barak, Scarpia, Wotan and Walker and at the Savonlinna Opera Festival in the roles of the Dutchman, Tonio (Pagliacci), Amonasro (Aida), Kurwenal (Tristan und Isolde) and Scarpia (Tosca / director: Keith Warner, conductor: Philipp Auguin). The bass-baritone also remains faithful to the music of the Finnish national composer Jean Sibelius. He sang the concert role of Kullervo in the “Kullervo Symphony” (Op. 7) at the Royal Albert Hall as part of BBC Proms of 1997, at the Royal Festival hall and at the Berlin Music Festival under the direction of Esa-Pekka Salonen in 2011 as well as with the Munich Symphony Orchestra under the baton of Pietari Inkinen in 2013 and at the Edinburgh International Festival of 2015.

One mainstay of his career has been the Bayreuth Festival, where Rasilainen made his debut in 2005 in the title role of “The Flying Dutchman”. He returned in 2006 and 2007 to sing the role of Amfortas in Schlingensief’s much discussed production of “Parsifal”. From 2008 to 2012 he appeared as Kurwenal in Christoph Marthaler’s staging of “Tristan und Isolde” and in 2011 was Telramund in the so-called “rat production” of “Lohengrin” by Hans Neuenfels. In addition, he has sung the roles of Hans Sachs, Kurwenal, Telramund and Gurnemanz at the Bayreuth Festival’s series of operas for children.

Although enjoying a highly diverse repertoire, it cannot be denied that the operas of Richard Wagner have been central to Rasilainen’s career. From 2000 to 2002 he appeared in Robert Wilson’s “Ring” cycle at Zurich Opera House under the direction of Franz Welser-Most. In 2003 he performed his first Telramund (Lohengrin) in a concert performance at the Edinburgh International Festival under Donald Runnicles. He appeared as the Walker in Tokyo (director: Keith Warner) and sang the roles of Kurwenal and Falstaff in Taiwan. He performed the Dutchman and also Wotan in “Loriot’s” Ring at the Deutsche Oper in Berlin. Alongside Ben Heppner and Waltraud Meier, he appeared as Kurwenal in Peter Sellars’ production for Opéra Bastille under the baton of Esa-Pekka Salonen and also appeared in the Théâtre du Châtelet’s “Ring” cycle (director: Robert Wilson / conductor: Christoph Eschenbach).

As part of the “Tristan Project” by Peter Sellars and Bill Viola launched in Paris in 2005 under the baton of Esa-Pekka Salonen, the singer performed at the Walt Disney Concert Hall in Los Angeles and at New York’s Lincoln Center in 2007. In 2010 the project went on tour to Dortmund, Lucerne, Birmingham and London’s Royal Festival Hall before, in 2012, continuing on to Helsinki and Stockholm. Rasilainen also sang the same role in Rotterdam under the baton of Valery Gergiev.

He appeared as Wagner’s Kurwenal in Dallas, Tokyo and Nice. In 2010 he travelled to Seville as Wotan in “Das Rheingold” and sang the roles of Amfortas in Santiago di Compostella and Kurwenal in Barcelona in 2012 as well as in La Coruna in 2013. In 2014 he appeared in the “Tristan Project” at Madrid’s Teatro Real. In 2012 Rasilainen performed the role of Wotan in the “Colón-Ring” cycle in Buenos Aires.

Notable engagements from 2015 to 2017 include the role of Telramund at the Bayreuth Festival and in Copenhagen, Kurwenal in Naples under the baton of Zubin Mehta, Bluebeard in Montpellier, Wotan at Tokyo’s New National Theater, Taichung (stage: La Fura dels Baus) and with the Japan Philharmonic Orchestra in Tokyo, Walker in Wiesbaden, Forester in Dresden and the Dutchman in Poland and Seoul. Next performances will be in Taichung, Helsinki, Vienna and Bayreuth and he is going to sing new roles like Klingsor, Landgrave, Biterolf and Alberich.

Jukka Rasilainen can be heard In numerous live radio broadcasts and has appeared in a number of DVDs, for example as Kurwenal and Telramund in Bayreuth Festival productions from 2009 and 2011, as the Forester in the Opera Bastille’s production of “The Cunning Little Vixen” from 2008, and as Wotan in the “Colón-Ring” production from 2012 in Buenos Aires. Furthermore, he can also be enjoyed in the DVD productions of “Meistersinger von Nürnberg”, “Tristan und Isolde”, “Lohengrin”, “Parsifal”, “The Flying Dutchman”, “Tannhäuser” and “Der Ring des Nibelungen” produced by the Bayreuth Festival as part of their series of operas for children.

View the embedded image gallery online at:
https://www.operasofia.bg/en/news-and-events/item/7801-with-the-soloist-s-special-participation-in-numerous-opera-productions-at-the-bayreuth-festival-yuka-rasilineen-in-the-role-of-courvenal#sigProGalleria3ac09eafb6
More in this category: « PLAMEN KARTALOFF ABOUT THE PRODUCTION OF LES MISÉRABLES The Bulgarian baritone Vladimir Stoyanov was awarded the title “Cavaliere di Verdi” – Miglena Stoycheva, Bulgarian National Television »
back to top